The country of Sudan, formerly the largest country in Africa and the Arab world, has long been a country embroiled in conflict within its country and with its neighbors. Having been led by a dictatorship for over 30 years, Sudan's reputation for war crimes and sponsoring terrorism is known to all. In 2019, a failed revolution pushed the country into renewed turmoil and civil strife. The Sudanese government, backed by various Arab countries, cracked down hard on the perceived ''rebels'', namely the non-Arab people living in Sudan. Reports indicate mass murders, coming close to genocide, committed against the non-Arab Sudanese people. This renewed Sudanese nationalism sparked an increase in Sudan's support of Ethiopian rebels.
As a result, the Sudanese defence minister was assassinated in Khartoum. Various intelligence agencies point at the Ethiopian intelligence service as those responsible for it. This incident propelled the conflict into a new phase, with Pro-Sudanese rebels launching an invasion into Ethiopia from Sudan.

At the same time, China announced that it was sending advisers to various African countries (Niger/Nigeria/DRC/Uganda) in the wake of ‘’Western Imperialism’’ in Africa.
These countries have joined other African Nations who have joined China’s sphere-of-influence due to economic prospects.

Sudan, has been a part of China’s ‘’African Backyard’’ for nearly a decade, yet Intelligence sources have noticed an increased Chinese presence in-country since the revolution was crushed. Although this Chinese assistance is mostly based on military cooperation, no Chinese soldiers have been seen taking part in any combat operations. There are, however, plenty of Chinese soldiers that are embedded with internal security forces of Sudan.

Ethiopia requested UN assistance to stop the bloodshed in the border areas, but ultimately the (People’s Republic of) China vetoed a motion for sending peacekeepers.

Seeing the potential dangers that come with a new war in North-Eastern Africa, and the potential of losing Ethiopia as a military partner against the ‘’Al-Shabaab’’ group in Somalia, the United States started warning Sudan to back-down from its aggressive policy against Ethiopia. A main issue for the United States is Sudan’s sponsoring, and harboring, of Ethiopian rebels in Sudan. The bases and supply depots of these rebels (named the ARDUF) are located exclusively within Sudan.

With Sudan ignoring the US’ calls to back-down and remove the ARDUF’s presence from Sudan, the United States’ position on Sudan started shifting towards interventionism. The United States gave a final ultimatum to Sudan, to disarm the rebels and start a politcal reform process. The ultimatum deadline expired, without a word from Sudan.
Seeing no other option than to go into Sudan, and remove the rebels + Sudan’s dictatorship by force, US Forces started deploying in the region.

The main axis-of-attack will be into the Egyptian Border Area, with smaller offensives being planned to invade Sudan from Ethiopia

The United States Air Force has deployed elements of the following Squadrons in support of offensive operations in Sudan:
Mission
1-32IN, as part of the 1st IBCT, has been attached to the invasion force coming from Ethiopia. This force, made up of elements from the 1st Cavalry and 10th Mountain divisions, has been tasked with securing the border areas around the city of Doka.
The town of Doka lies on the strategic Highway 21, and securing this it will allow US Forces to push towards Khartoum with a stable supply line .

Enemy Forces:
Near the Ethiopian Border, G-2 has identified the following hostile elements. 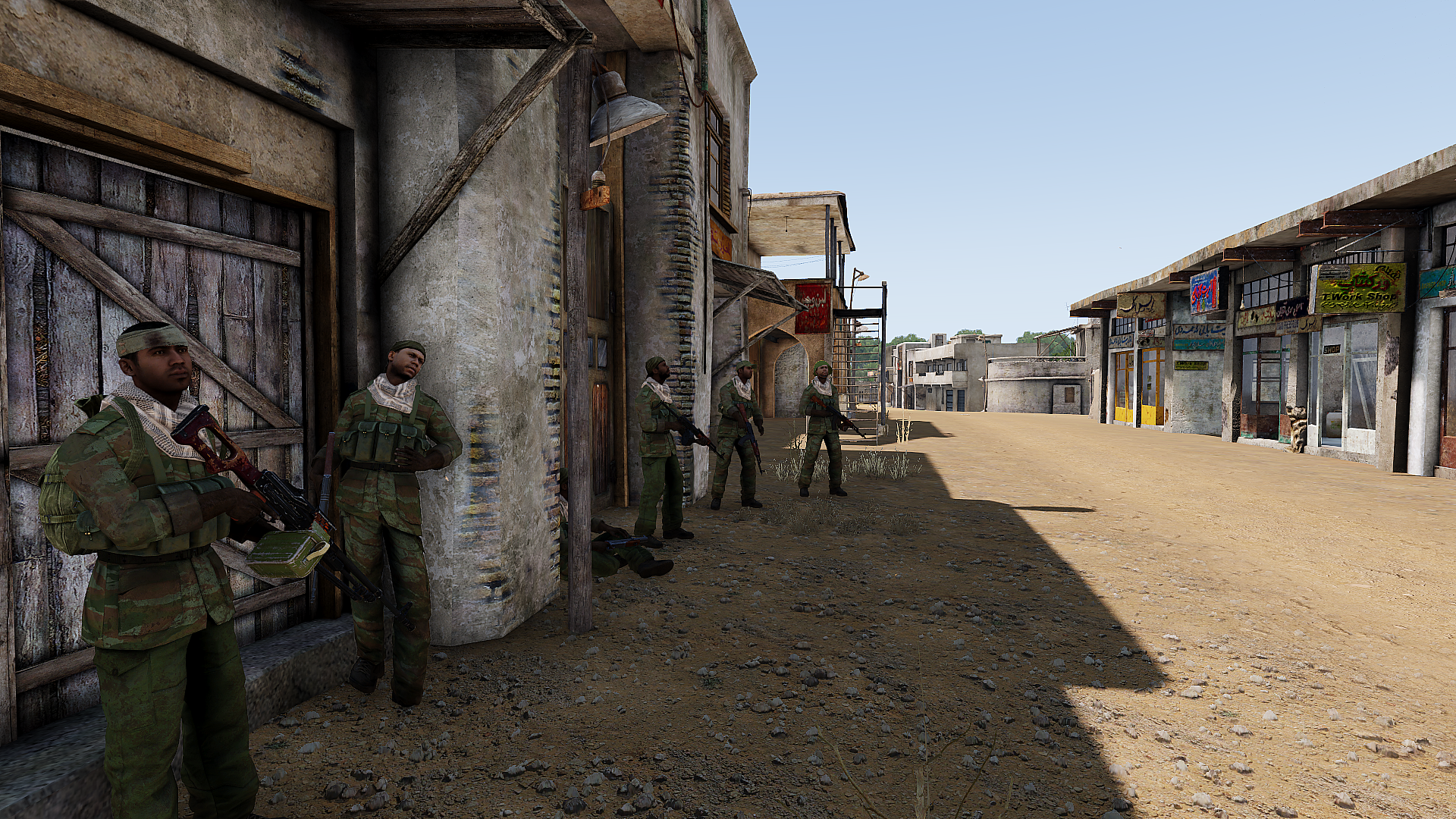 The Sudanese forces will be a mix of conventional and irregular forces, based on the Sudanese focus on mobile warfare. The majority of their equipment is a mix of outdated Soviet and Chinese equipment. While inexperienced in fighting a technologically superior force, do not underestimate the Sudanese knowledge of their terrain. The Sudanese Armed Forces have been fighting in these areas for nearly 3 decades, and have grown accustomed to fighting a highly mobile and unconventional war. 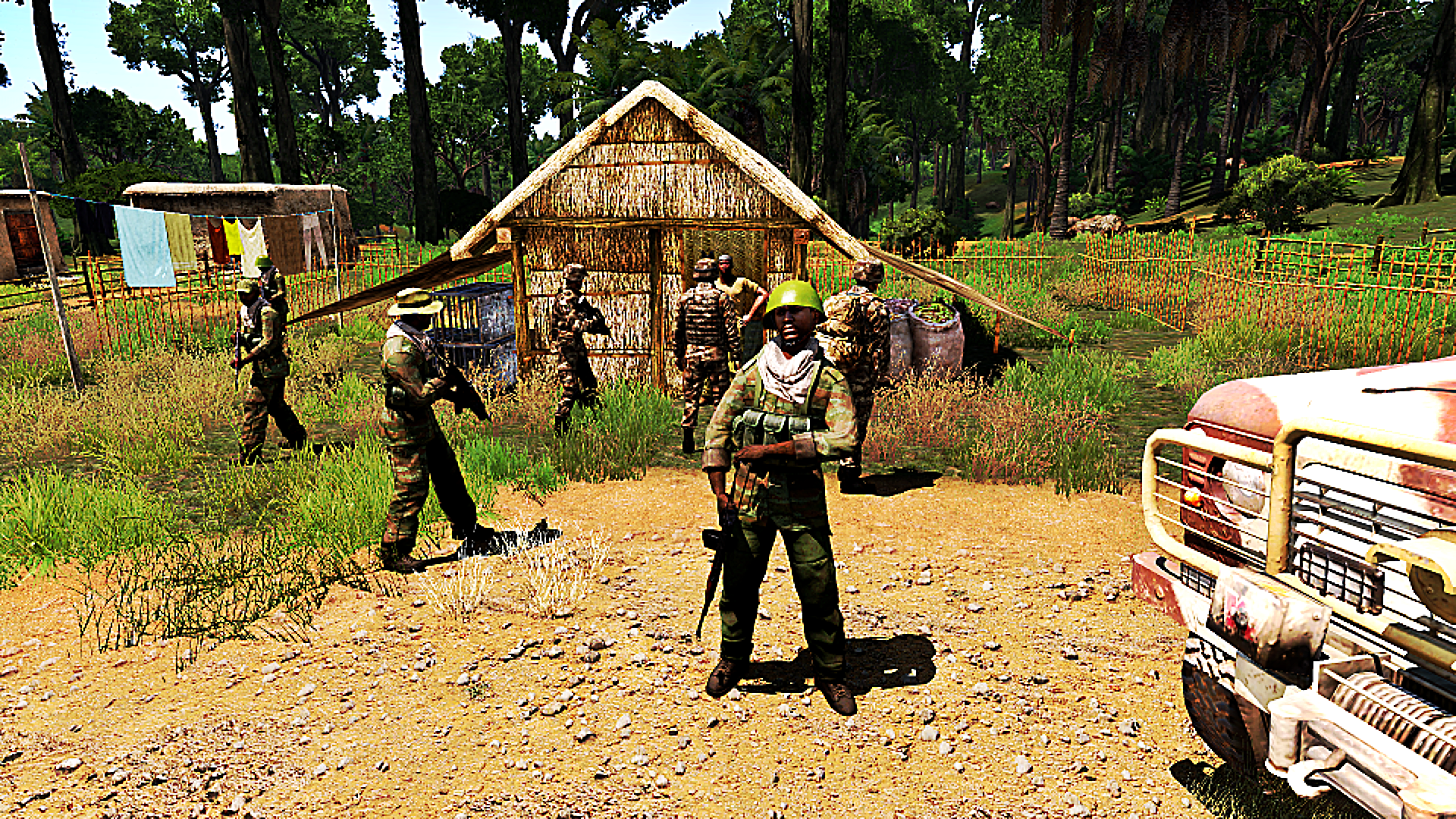 Prepare yourselves gentlemen, we will be fighting in a large country with an environment hostile to most humans. A combined desert/jungle environment will test our abilities to adapt to our surroundings. Our focus will be to remove Sudanese government forces from the area, and potentially assist with a regime-change in Sudan. Therefore, we should remain friendly to all civilians we encounter and to potentially shape relationships with the locals. However, there are likely locals who will be hostile to our presence. Therefore everyone should make ensure that they do not needlessly risk their own lives when engaging with the local population.

Africa Campaign
Background Story The country of Sudan, formerly the largest country in Africa and the Arab world, has long been a c
T.Holtkamp, Wed Jan 22, 2020 9:05 pm

Be on Time for Operations
Hello everyone. As we are getting quicker and quicker in starting our operations and moving out, it is time to be harde
T.Holtkamp, Sun Jun 02, 2019 11:28 pm

10-MD Unit Modlist
Down below you can find the full list of mods that you are required to play Operations, and private servers. The easi
Legion, Fri Sep 28, 2018 6:55 pm