#1 by RossRP
Nickname/Username:
RossRP
Age:
21
Country/Time Zone:
Norway / GMT+2
Link to your Steam profile:
https://steamcommunity.com/id/RossRP
Introduction/Tell us about yourself:
Hello, I am a man from Norway in a town called Trondheim. I've been roleplaying on different plattforms since early 2016, I've played airsoft for about 5 years and I'm in a semi pro airsoft team called "Wolfz". Because of this we have had the oppertuneties to help the Norwegian military out with different trainings in CQB and much more, not as instructors but with being civillians or terrorists. I've always had a eye on MILSIM since I started gaming and been in different groups before.
Relevant [MILSIM] Experience:
I was in PSO aka Praetorian Security Operations for about 1 year before I went over to play GTA 5 roleplay. I don't remember what rank I was within PSO but I do remember that I played a lot as the supporter and recon role in the fireteams.
I ran a Special Responce Team in Blaine County Sheriff's Office on GTA 5 Roleplay for about 4 months.
I ran a Task Force on GMod Military Roleplay to show people how you should roleplay, everyone knows that Gmod is a plattform people go on to be trolls etc etc, hence why I did that Task Force thing.
If wanted I can provide documents on roleplay scenarios we had.
How did you hear about us:
I heard about you guys through one of my friends called SPC Metric.
I have read and agreed to the 10-MD Rules and Regulations/b]: Y/N
Yes.

#2 by Salt
Interview completed. Accepted as a recruit.

Just as a reminder the recruit period lasts for a month from date of application, BCT must be taken within this time frame. Keep Checking the #Misc_Attendance on discord for the next BCT. As well as review the #Friday_attendance and #Sunday_attendance for operation information. 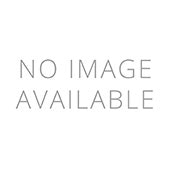